Campaign Manager is a tool to create worlds, puzzles, and adventures. Game masters can design tabletop RPG campaigns that their players must fight through. Escape room style puzzle creators can plan out how their participants must escape. Or interactive stories / adventure games can be fleshed out with all the possible branching paths.

The software is offline – no Internet connection required. The amount of content, including art and sound, is only limited by your computer’s available storage space. There is no subscription so everything you create is yours forever. Your creations are never locked into this platform - campaign files are saved in human readable XML format, so the data can be pulled out in the future if desired.

- Create encounters that each contain images, text, music, combats, and other links.

- Create regions to manage similar encounters. Links encounters to each other or to regions as pinned map items.

- Built in session history to log the players' prior game sessions.

- Built in library of assets that contain the common fantasy characters (such as dragons and assassins), abilities (such as chain lightning and eldritch blast), and items (such as potions and magical weapons). Additional assets can be user defined.

- Name generator tool that pulls from a list of hundreds of thousands of options to randomly generate names for people, towns, shops, and ships.

- For tabletop role playing games, Campaign Manager has tools during game play to easily manage ambient music, combats, and battle maps. One click to generate an engagement with predefined monsters, initiatives are automatically rolled, combat order sorted with a single click, and health tracked. Even display a battle map with grid lines to secondary monitors for players to see and move their minis on.

The free version is limited to 30 encounters per campaign but otherwise is fully featured.

There is a long list of planned features for the software. If Campaign Manager does not have what you need, then please post a message below with your request! It's likely on the to-do list already and just needs to be reprioritized from community feedback!

In order to download this tool you must purchase it at or above the minimum price of $5 USD. You will get access to the following files: 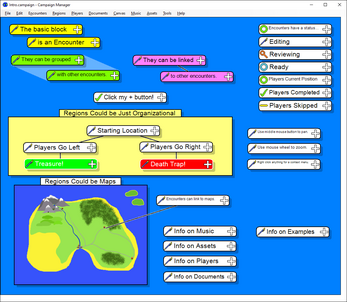 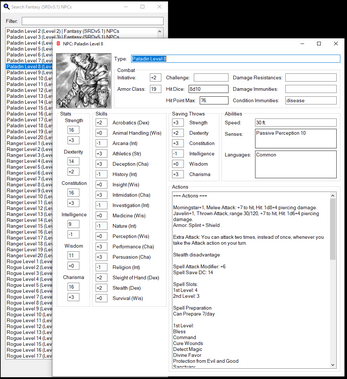 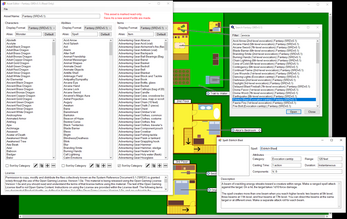 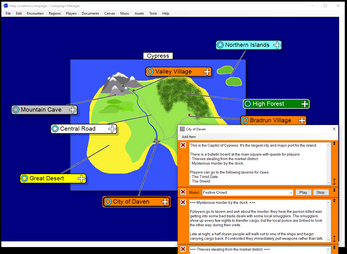 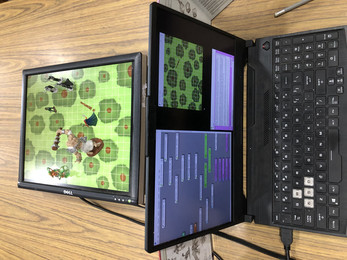